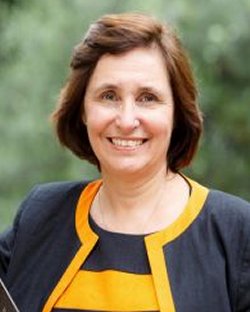 Jane Dacre was elected president of the Royal College of Physicians in April 2014.


She is an honorary consultant physician and rheumatologist at the Whittington hospital in North London, Professor of Medical Education and was former Director of UCL Medical School in London before taking a secondment to become PRCP. She was also the medical director of MRCPUK until December 2013 and prior to that academic vice president of the RCP.


She was a GMC council member, and chaired the GMC education and training Committee (2008-2012) and leads a research programme in medical education focussing on assessment.


She was the clinical lead for the development of the first Clinical Skills Centre in the UK, and was a co-author of the GALS screen. Professor Dacre has been instrumental in the development, implementation and evaluation of assessment systems in medicine.


Professor Dacre won the Medicine & Healthcare Category for Women in the City Woman of Achievement Award in 2012, was named on the Health Service Journal’s inaugural list of 50 inspirational women in Healthcare in 2013, the Health Service Journal’s Clinical leaders list in 2014 and 2015, and Britain’s 500 most influential people by Debrett’s in 2015.