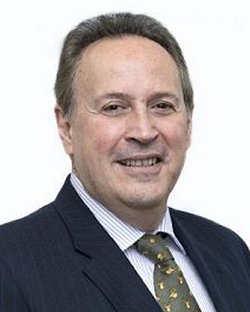 Consultant in Trauma and Orthopaedics

Mr Panos Thomas is the President of the British Orthopaedic Sports Trauma Association and the national tutor in sports surgery at the Royal College of Surgeons. Mr Thomas is a consultant orthopaedic sports and knee surgeon and was the orthopaedic specialist for the London Olympics.

Mr Thomas is an editor for the Electronic NHS National Library, evaluating sports surgery projects presented prior to publication. He has widely presented and published articles related to knee and sports surgery. He is the author of two books: “Key Topics in Sports Medicine” and “The BMA Guide to Sports Injuries” commissioned by the British Medical Association.

Mr Thomas was invited to Ghuanzhou, China to treat complex knee problems and to teach local surgeons. He also treated patients and took part in surgery in Abu Dhabi, UAE and Tampa, USA.

Mr Thomas was selected as an Orthopaedic Specialist during the London 2012 Olympic and Para Olympic Games and was one of the organizers of the “World Sports Trauma Congress 2012” in London. Mr Thomas has been involved in the treatment of elite athletes and advises Professional Football Clubs including Arsenal FC, Watford FC, MK Dons, Leyton Orient, Wycombe Wds, Brentford FC, Crawley FC and Wimbledon FC. He also advises British Fencing, British Ski Federation, British American Football League and many other sports organisations.

Mr Thomas was invited by the Chinese Orthopaedic Association to set up the Surgical Skills programme in Sport Orthopaedic Injuries at the end of October 2013.